· Cannot be combined with any other discount

· Print this coupon to redeem voucher

· We reserve the right to cancel promotions at any time

The Peculiarities of Transponder Keys

Car theft is still a major problem in modern societies and automobile manufacturers try to fight back and prevent such unfortunate incidents by introducing new security systems for cars. Based on new technological means and novel ideas the transponder key was first made about two decades back. Is it a sound method to secure cars? It's certainly the best way to make vehicles resistant to thieves till now. Transponder keys are not called by accident vehicle anti-theft systems. Even if someone manages to get access to your car, he won't manage to turn on the engine. That's certainly a relief!

What is the transponder key and how does it work?

This modern ignition car key is actually a chip key. It is unique for each car and that's one of the reasons why they are considered theft-proof. They have a chip embedded that communicates with the central security system of the vehicle. The chip sends encrypted messages through radio frequencies to the immobilizer of the car which is the electronic security device that will keep the engine from running unless the right key is used. If the wrong key is used, the immobilizer won't start the engine and the vehicle will be secure.

The transponder key must be programmed and for that you will need the assistance of one of our locksmith teams. The key will actually arm and disarm the car door locks, activate and deactivate the alarm system, start the engine and as an overall have full control over the functions of your car. Old style car keys and modern ones cannot really be compared. Manual keys had serious security problems and couldn't provide any assurance for the car's protection. The fact that the code sent by transponder keys to the immobilizer must be identified by the system before the engine is activated is your assurance for the vehicle's security.

Are these systems sensitive? Most high tech security systems are reliable but they are also sensitive. Consequently, they might jam and in this case they won't allow you to turn on the engine or even open the door. Will you need ignition change? No, you won't! You will just need to reprogram the key and that's easily done by our locksmith auto experts. Though, this shortcoming of transponder keys works to your benefit as well. If the microchip in the immobilizer is damaged due to thieves' attempts to break-in, the engine won't start and the security of the vehicle won't be compromised.

Our company services in Tukwila 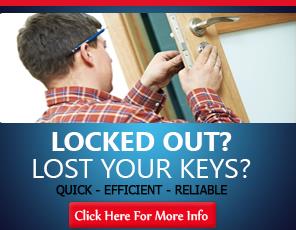